Here's the emails I sent to family and friends earlier today along with the latest update from the MRI.

Les had a minor seisure this morning and we took him to Inland Valley Medical Center in Wildomar.  They contacted Rady Children's Hospital-San Diego; coordinated with the doctors down there; did a CT scan; and now he is currently riding in an ambulance going to Rady's via medical transport (I'm riding with him).

His MRI in Dec. 2013 showed a small vascular cavernoma, and it was bigger in the newest scan from last Tues (12/30/14). They were going to recommend taking it out because it could cause seizures. Well, it looks like it will come out on Monday (probably).

Everybody is fine.  Les doesn't have any pain.  We are at peace.  It will be a new adventure.

Please pray for God's covering over us.

We arrived at Rady's and Les had another seizure in the parking lot. His jaw moved up and down and then his face got all cramped up. It didn't last long. We made a pit stop at the ER to get some vitals and then up to our room.

We are now settled in.  Les is on the Hem/Onc floor, and they are under flu restriction. So, basically we can't have visitors in the room.  We can visit people out in the lobby.

Les had a MRI this afternoon.  We spoke to Dr. Meltzer (his brain surgeon from 2003) about the results. It seems that the cavernoma has leaked and that is causing the seizures.  A cavernoma is basically an abnormal cluster of blood  vessels.  Dr. Levy (another brain surgeon who specializes in this type of case) is scheduled to remove it on Monday 1/5/15.

Les hadn't eaten all day because we weren't sure if he would have surgery today.  He was finally able to eat dinner, so now he's happy.

Ronald McDonald house across the street serves three hot meals a day to parents for free, so that is a blessing. It is all provided by volunteers, so thank you to anyone who has volunteered to do this. It is much appreciated.

Thank you for your prayers.  Even though our day wasn't what we planned, we have still been at peace. 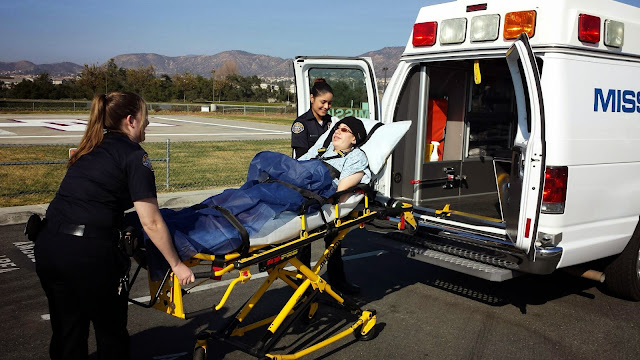 Posted by cjfountain at 9:23 PM